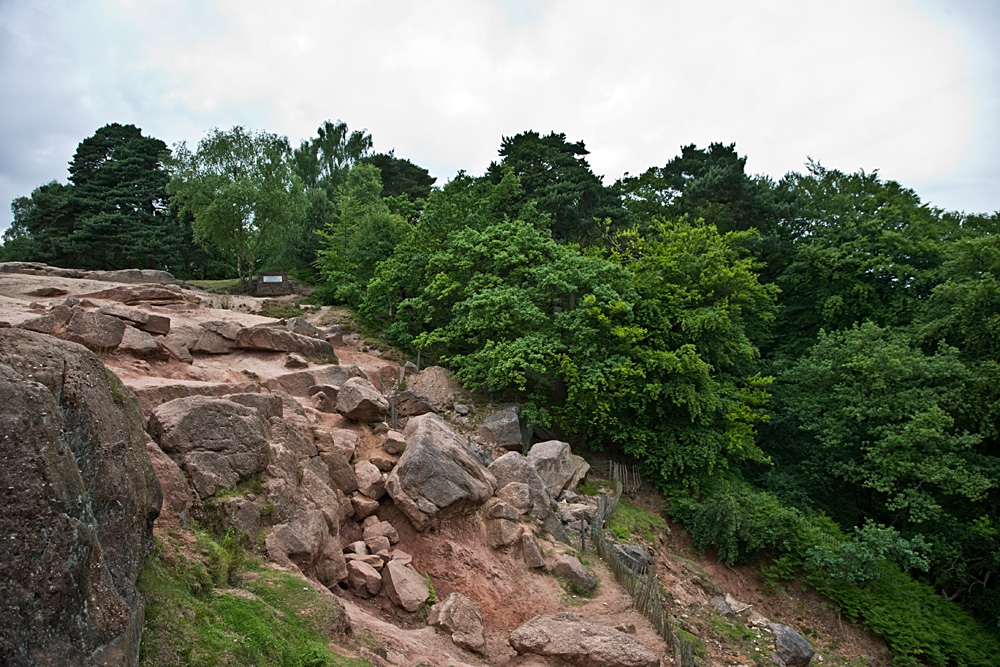 Nestled in the beautiful Cheshire countryside is Alderley Edge, withs its dramatic red Sandstone escarpment and glorious views stretching from the fields of Cheshire to the Hills of the Peak District.

Alderley Edge has been the home to legends and myths for many years. The Legend of the Wizard and his Knights being one of the better known.

The sandstones of Alderley Edge represent a time over 240 million years ago when ancient animals roamed across an arid desert.

These sandstones have been mined since the Bronze Age for copper and other minerals. The mining at Alderley Edge has long since stopped, but the scars left behind is an integral part of local legends.

We use cookies on ridecheshire.co.uk websites to help us give you the best experience on our website.
Our cookies have now been set in your browser, and weï¿½ll assume youï¿½re happy with this if you keep using our website.